skip to main | skip to sidebar

The FILMED webpage is ongoing 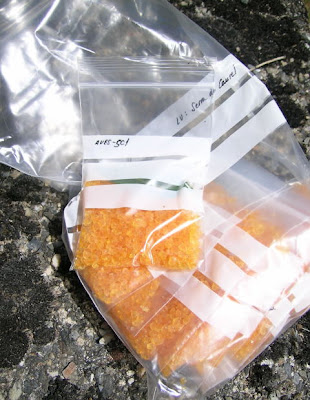 Sampling deadline date is arrived for the FILMED project. During 2007 and 2008, up to 442 populations of the 8 FILMED species -as well as 12 close taxa- in 12 countries have been sampled, picking up leaves to be submitted to microsatelite analyses. The most visited countries have been Spain (185 samples), Italy (36), Greece (35), Argelia (35) and France (33). The most sampled species has been Pîstacia lentiscus (67); only this species has been sampled through the 12 countries: Argelia, Cyprus, France, Greece, Israel, Italy, Lybia, Marocco, Portugal, Spain, Tunisia and Turkey.
Posted by Emilio Laguna at 10:41 No comments: 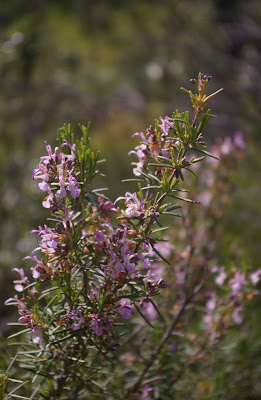 Specimen of Rosmarinus officinalis from the pink-flowered population of El Viso (Córdoba, Spain), sampled for the project FILMED. © Emilio Laguna, 2007

After more than 1 year without news due to a long convalescence og the blogger, we come back to inform you on the FILMED project. Please be onbline during the next weeks, when we will update the blog and webpage contents.
Posted by Emilio Laguna at 09:12 No comments: 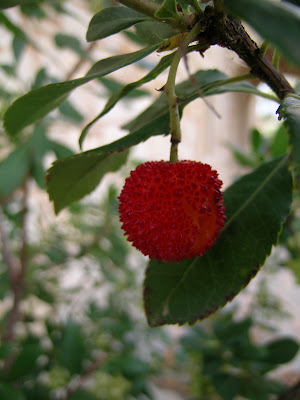 Arbutus unedo L. © Emilio Laguna, 2005, Chania (Crete, Greece)
Our blog wishes a happy year 2008 for all the visitors and thre FILMED research teams and collaborators. By the end of January 2008, the blog will be 1 year old!!!
A couple of recommended lectures for Christmas? 1) Please visit the publications webpage of Dr. Gideon Rosenbaum (http://www.earth.uq.edu.au/rosenbaum/Publications.html) to find most of its cellebrated papers on the geological changes in the Mediterranean bassin during the Tertiary and Early Quaternary. 2) A good review (in Spanish) on the Iberian distribution of Arbutus unedo and data on other Mediterranean apecies is available as a sample for contibutors of the scientifical journal ANTILIA: http://www.ucm.es/info/antilia/asignatura/practicas/trabajos_ciencia/arbutus.htm
Posted by Emilio Laguna at 18:43 1 comment: 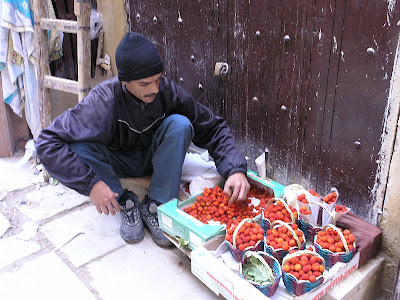 The edible berries of Arbutus unedo are sold in the popular market (Medina) of Fez, Morocco. ©Fernando Boisset, November 2007

Until the end of november, the research team of FILMED (including collaborators as Errol Vela and P. Pablo Ferrer) have sampled up to 239 populations of all the species involved in the project, from Spain, Portugal, France, Italy, Morocco, Algeria, Greece and Israel. The last expedition (Northern Morocco, November 2007) was done by Drs. Joan Pedrola and Fernando Boisset (University of Valencia) and P. Pablo Ferrer (CIEF). The sampling activities will continue during the next months, entering 2008.
Posted by Emilio Laguna at 18:37 No comments:

Some news on parallel projects: about the Iberian Palm Trees 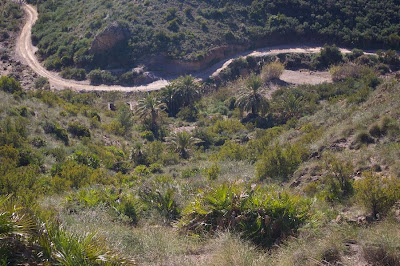 Remainders of Phoenix iberica plant communities near the bay of El Gorguel (Cartagena, Murcia), living with the Mediterranean palmetto (Chamaerops humilis). ©E. Laguna, 2007
A mixed team leaded of Spanish researchers by Drs. Diego Rivera (University of Murcia), Concepción Obón (University Miguel Hernández, Elche) and Emilio Laguna (CIEF, Quart de Poblet-Valencia) goes on with a project to know the variability and taxonomic position of several species of Phoenix around the Mediterranean sea, mainly focused on the possible validity of several taxa neglected (Ph. atlantica) or still unrecognised (Ph. atlantica, Ph. chevalieri). The research has been funded by the Generalitat Valenciana (works on the taxonomic position of Ph. iberica) and the Spanish Programme R+D+i on Phytogenetic Resources (studies on the variability of cultivated varieties of Ph. dactylifera and their hybrids). Former results using more than 60 characters (both anatomic-morphologic and genetic variables after molecular analyses) show that Ph. iberica can be considered as an independent taxa from Ph. dactylifera, at similar level than Ph. theophrasti (so being both species Werstern and Esatern Mediterranean vicariants). The results have been presented at the 5th International Synposium on the Taxonomy of Cultivated Plants (Wageningen, 15-19 October 2007) and the XIIth OPTIMA meeting (Pisa, 10-16 September 2007), and are currently submitted and accepted to be published in the next issue of Acta Horticulturae. The current research yields that Ph. iberica could be an Iberian or Ibero-North African endemism still living through isolated groups in salt rivers and bays near the sea, buth mostly hybridized with Ph. dactylifera. Ph. iberica seeds are round-tip, smaller and more smooth than Ph. dactylifera ones. Their dates are unedible and their trunks use to be wider (sometimes like those of Ph. canariensis). The seeds of the current populations of Ph. iberica (from Southern Alicante to Almeria provinces) have the same shape and external characters than those found in archaeological remainders of the cellebrated 'Cueva de los Tiestos' (Jumilla, Murcia), 5.500 y. BP -so close to 3.000 years before the introduction of Ph. dactylifera in Spain-. 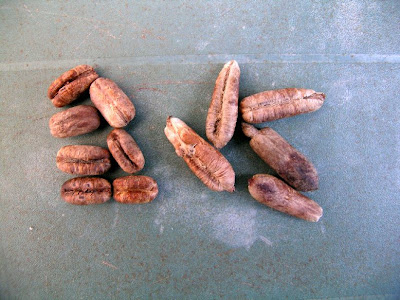 FILMED campaigns go on sampling around the Mediterranean bassin (and more) 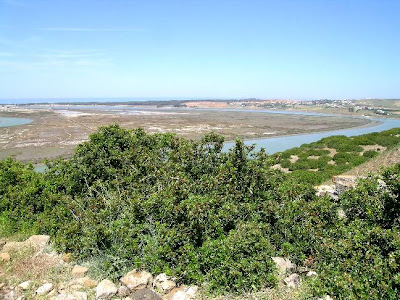 During the last 2-3 months the research team of the project has harvested most than 50% of the expected samples of the 8 FILMED’s species (Arbutus unedo, Celtis australis, Myrtus communis, Nerium oleander, Pistacia lentiscus, Quercus coccifera, Rhamnus alaternus and Rosmarinus officinalis); the sampling targets for leaves (to develop the philogeographical research) are practically finished for the Western Mediterranean area, but they will continue the next months for the Eastern side and along Northern Africa. In addition some samples of relictic populations under non-strictely Mediterranean climates are made, i.e. for Nerium oleander in central and Southern Morocco (Saharo-Sindic region, under Saharian climate), or Arbutus unedo in Galicia. 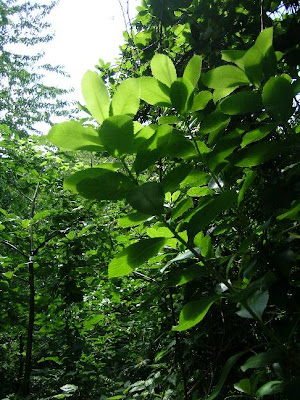 In the case of A. unedo, the leaves were picked up from a population of the Caurel Mountains (provinces of Lugo and Ourense, Galician plateau), guided by Dr. Luis Guitián (University of Santiago), who kindly explained Dr. Emilio Laguna the impressive value of the relictic Mediterranean vegetation in NW Spain, living under atlantic climate. There, A. unedo mainly lives as a co-dominant species in the medium-tall tree layer, of the Quercus pyrenaica forests, sharing this plant community with other Mediterranean species like Ruscus aculeatus, Tamus communis, etc. 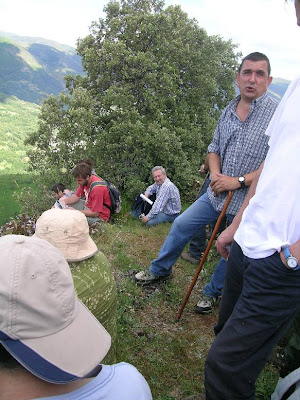 Dr. Luis Guitián, professor of the University of Santiago de Compostela, giving a field lesson on the importance of the Mediterranean relict vegetation in Galicia © E. Laguna 2007

Currently the difficulties are higher to sample Celtis australis, due that this tree has very few populations in wild, and most of them are submitted to frequent disturbation. For instance, one of the populations to be sampled -some dozens of specimens living as rupicoous plants on the rocky walls of the cellebrated roman bridge in Córdoba, Andalusia-, has been destroyed during 2007 as a result of the restoration works to conserve this monument. 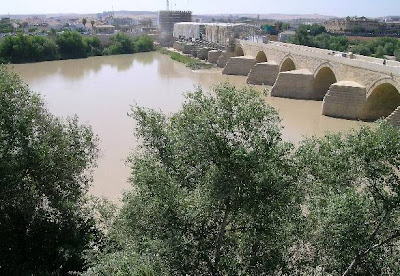 The cellebrated Roman Bridge of Cordoba (Andalusia, Spain), which housed a rock-dwelling population of Celtis australis, foreseen to be sampled in 2007. This population has been removed as a result of the conservation works of this monument. © E. Laguna 2007
Posted by Emilio Laguna at 16:51 2 comments:

Welcome to the FILMED-News blog. The blogposts and comments can be sent in English, French [Français], Spanish [Español/Castellano] and Catalonian/Valencian [Català/Valencià] languages.

To get more information

Our webpage can be visited at www.uv.es/filmed